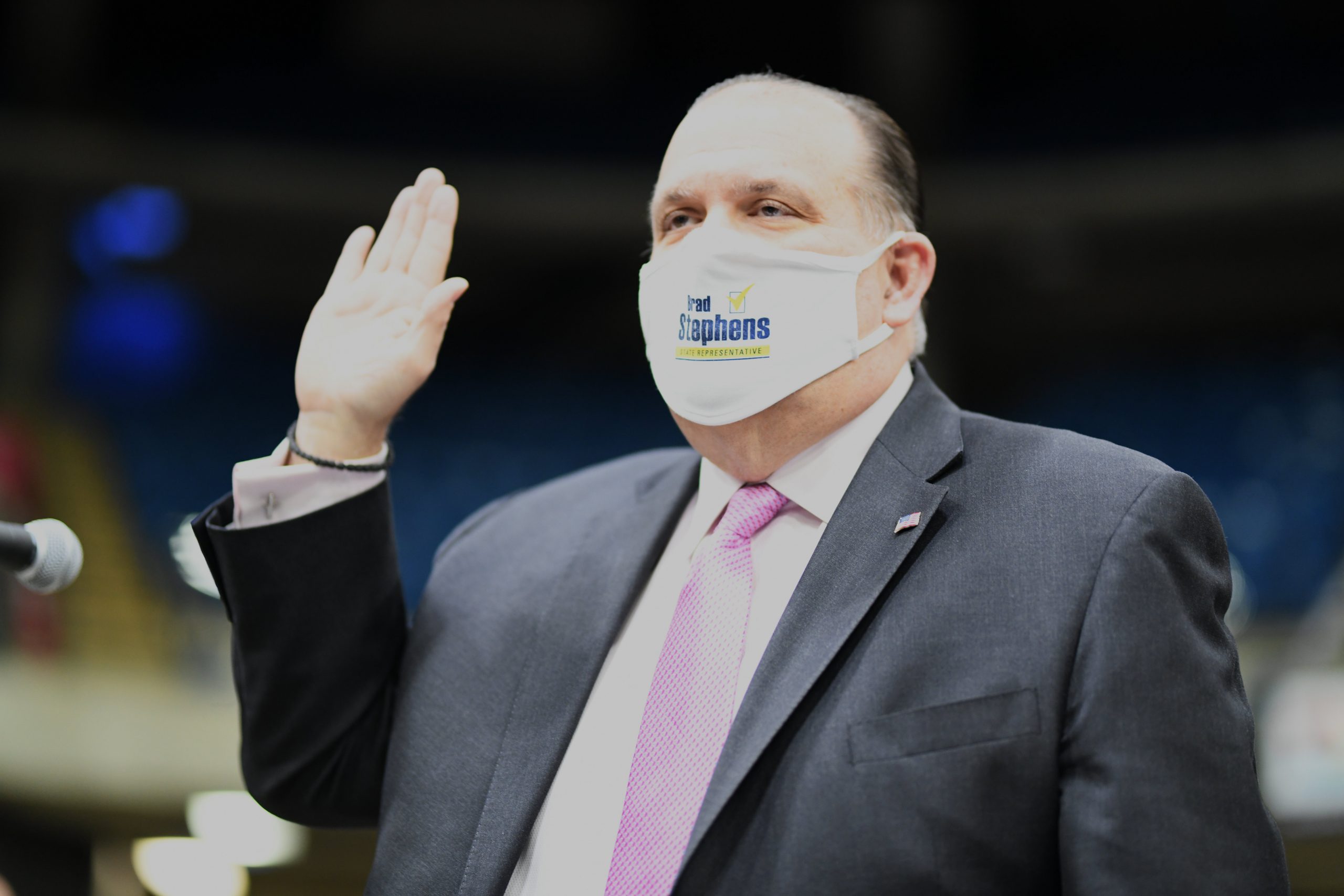 SPRINGFIELD – State Representative Brad Stephens (R-Chicago) took the oath of office as a member of the Illinois House of Representatives at the inauguration ceremony for the 102nd General Assembly held at the Bank of Springfield Center.

“I want to thank the residents of the 20th district for entrusting me to represent them during these unprecedented times. The pandemic has created and exacerbated many challenges that we have to address during this General Assembly including public health, economic issues, and budgetary issues,” said Rep. Stephens. “I am dedicated to working with my colleagues, including newly elected Speaker Welch, across the State and across party lines to pass legislation to overcome these challenges and move Illinois forward.”

During the inauguration ceremony, Representative Emanuel ‘Chris’ Welch (D-Riverside) was elected Speaker of the House, and Representative Jim Durkin (R–Western Springs) was re-elected House Minority Leader with a unanimous vote of the Republican members.

“Our communities are in desperate need of reform to ensure public safety during these trying times to ensure their well-being,” explained Stephens. “Locally we are also in desperate need of budgetary reforms to tackle our state debt, so that property tax relief can also take place for those that need it most.

Stephens concurrently serves as the CEO of one of the most successful municipalities in the nation, Rosemont, Illinois. Prior to becoming mayor, Brad Stephens served the Village of Rosemont as a member of its Board of Trustees for 18 years. He has also served as a member of the Illinois State Toll Highway Authority and the Pace Bus Board of Directors.

Representative Stephens is a generous supporter of a number of charitable organizations, such as Rosemont Helping Hand (which benefits needy families in Rosemont), veterans’ organizations and children’s medical research groups.  He received “The Hope Award” for his work on behalf of Bear Necessities Pediatric Cancer Foundation.

The 20th District includes portions of Des Plaines, Park Ridge, Rosemont, Schiller Park, Norridge, Harwood Heights, Franklin Park, and the Chicago neighborhoods of Edison Park, Norwood Park, and O’Hare. Brad and his wife Suzi have five children and are lifelong residents of the village of Rosemont.