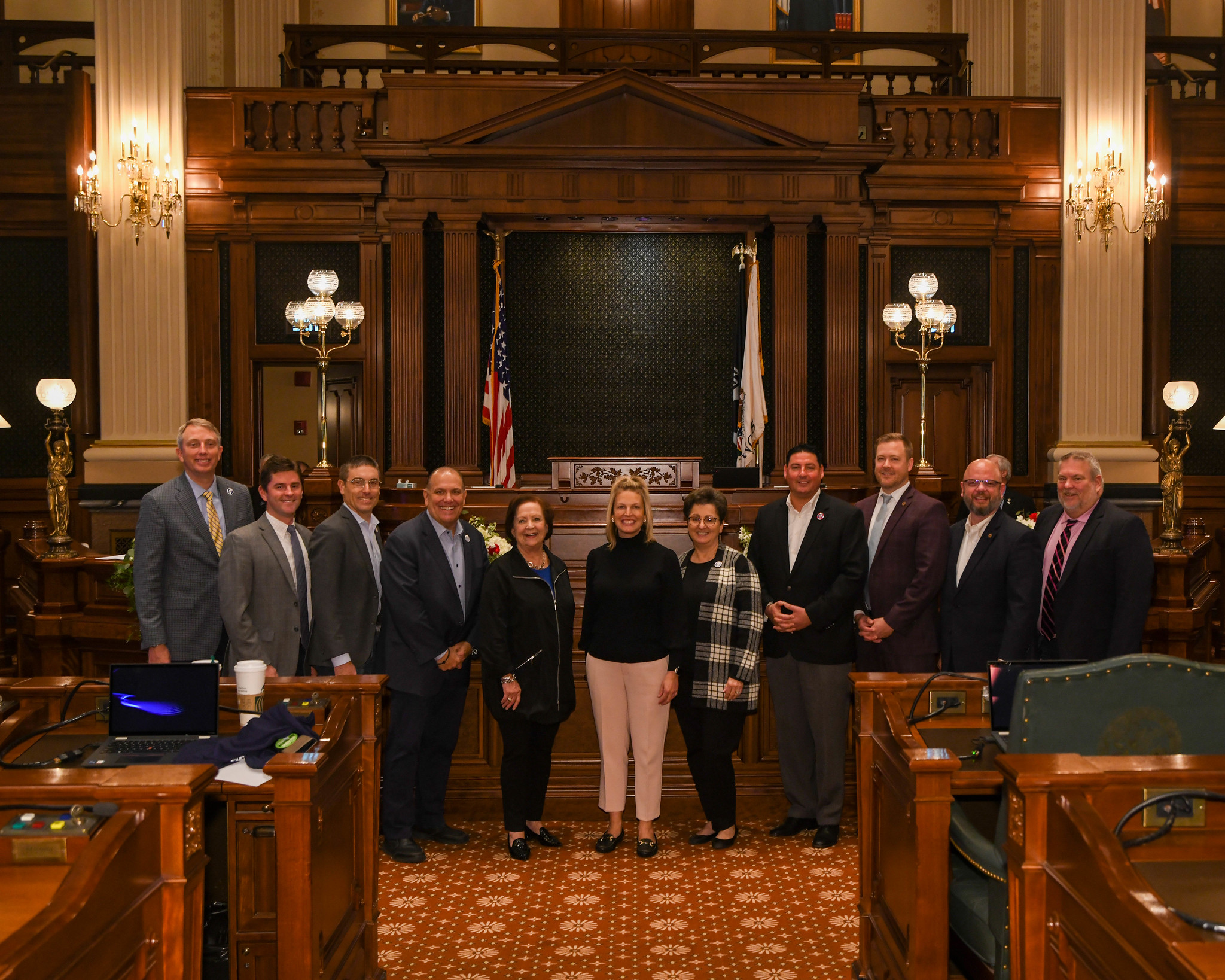 CHICAGO – State Representative Brad Stephens (R-Rosemont) has been appointed Assistant House Minority Leader by newly elected House Republican Leader Tony McCombie as the 103rd General Assembly was sworn in this month. Stephens was elected to his second full term this past November after being appointed to the seat in 2019 succeeding former State Representative Mike McAuliffe.

When McCombie chose Stephens, she cited his strong background and experience on economic development issues as a key component of the House Republicans’ legislative agenda moving forward. In addition, McCombie pointed to Stephens’ knowledge of the issues facing law enforcement and first responders because his district represents both City of Chicago and suburban Cook County, which continue to face a litany of crime issues. In fact, Stephens is the only member of the House Republican Caucus who represents the City of Chicago and one of two members in the caucus representing Cook County.

“I am truly honored to serve as Assistant House Republican Leader for Leader McCombie and excited to work with her and the Republican caucus. We will urge our friends across the aisle to support our ideas that help grow the economy, create jobs for working families, fight skyrocketing property taxes, and urge support for law enforcement while they combat the ongoing crime issues impacting our families and local businesses,” said State Representative Brad Stephens.

“I also want to recognize outgoing House Republican Leader Jim Durkin whose years of service to the state should be appreciated and recognized. Not only do I consider Jim Durkin a close friend, but I admire his commitment to the families and businesses of this state. He will be sorely missed,” said Stephens.

On June 29, 2019, Bradley A. Stephens was sworn into the House and has been elected to two consecutive terms. He continues to serve as the chief economic development advocate and CEO of one of the most successful municipalities in the nation, Rosemont, Illinois. Prior to becoming mayor, Brad Stephens served the Village of Rosemont as a member of its Board of Trustees. Rosemont is renowned nationally for its entertainment, sports, and hospitality developments, welcoming an average of 100,000 visitors a day. It is home to well-established and popular venues like the Allstate Arena, Donald E. Stephens Convention & Conference Center, and Rosemont Theatre, all owned and operated by the Village of Rosemont.

Representative Stephens is a generous supporter of a number of charitable organizations, such as Rosemont Helping Hand (which benefits needy families in Rosemont), veterans’ organizations and children’s medical research groups. He received “The Hope Award” for his work on behalf of Bear Necessities Pediatric Cancer Foundation.

Stephens lives in Rosemont and is married to his wife, Suzi, and has five children.